Part one of our most famous cartoon characters and mascots is a much loved post and we’ve been asked to follow it up time and time again. So by popular demand here you go! Enjoy these characters for who and what they are. They get into our heads and once they get in there, they have a ton of fun. I bet you’ve got characters and mascots that you grew up with … I’ve got a couple of favorites from when I was a kid, I’ll tell you about them as they show up in my list below. Here goes! 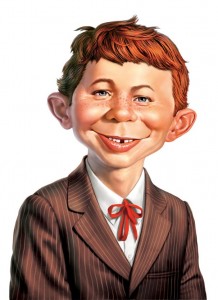 A familiar face to every kid in America, Alfred has been there with us since we were old enough to recognize a face. Thanks for being there buddy. Your wikipedia page is pretty cool too. 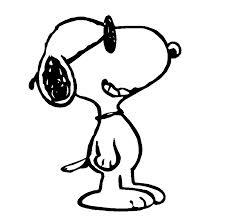 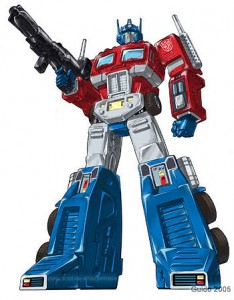 Leader of the autobots and all round good guy, Optimus is a role model who carries the heavy burdern of leadership with humilty, grace and strentgth. 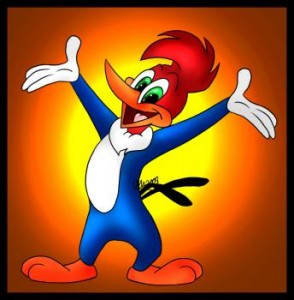 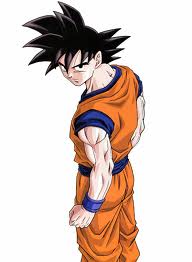 Our Asian friends will know and love Goku best. The main character in Dragon Ball, Goku is as a household name in many countries.

Minnie showed up in 1928 and has been making kids smile ever since. Like a lot of characters, she’s aged verywell and at this rate will be around … forever! 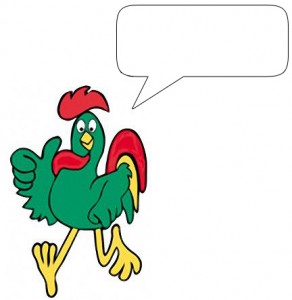 Maybe not the most high profile guy around, this rooster has nevertheless been in the background with a silent cock-a-doodle-doo on Corn Flakes boxes since the early 1900s. 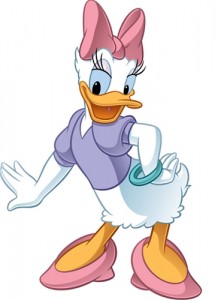 In 1940 Daisy came along and fit right in with the rest of the gang. And since then, she’s been givings us laughs and smiles in countless shows and movies. 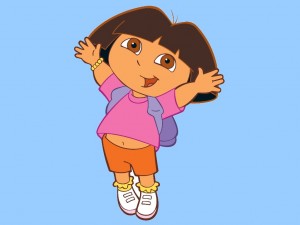 A guide, teacher and some might say a hero. Dora shows us that being curious about the world around us is cool and fun. No matter what age you are. 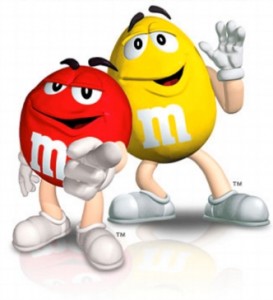 Ahh these two chocolate mascots have been getting our attention and our chocolate dollar for a long time. 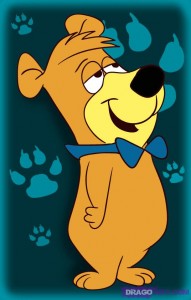 Yogi bear might go off the rails even more if Boo-Boo wasn’t around. Yogi sure is popular but it just wouldn’t be the same without ole Boo-Boo there by his side. 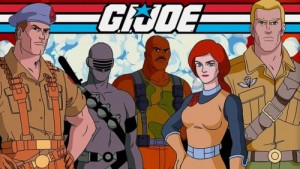 Less a character than an entire team, the characters at G.I. Joe haven’t reach the epic level of fame that others in this list yet they’ve steadily been household names for decades and that earns them their spot right here. 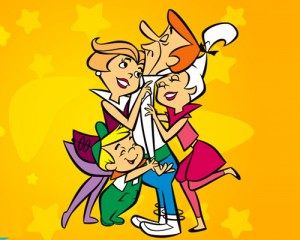 Back in the early 60’s the Jetsons splashed onto the screen and they’re still around. Maybe it’s because of them we’re all just a little bit let down we don’t have flying cars yet? 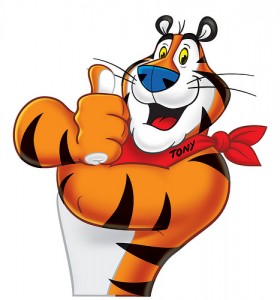 Tony made his debut in 1951 and has been bouncing around touting the joys of Frosted Flakes ever since. P.S. As parents get more health conscious and sugary cereal sales plummet, Tony might be out of a job soon. If you need a charismatic Tiger, give him a call. 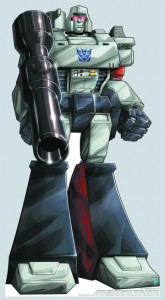 Supreme villainous leader of the Decepticons, Megatron is the ying to Optimus Prime’s yang.  Like any good villian, he always comes real close – but not quite – to winning.

It’s strange because whenever I think of a pack of peanuts (which really isn’t all that often) I still can’t help but see this guy in my head, all the time! 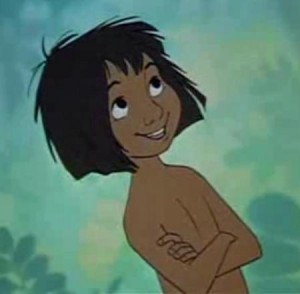 It was 1894 when Mowgli first showed up in the Jungle Book, however it wasn’t until 1967 when most of us came to know him from his appearance in the Disney classic by the same name.

No one has energized little boys to run around living room zapping the furniture more than the Power Rangers. Born in the early 90’s they rose to fame in no time at all. 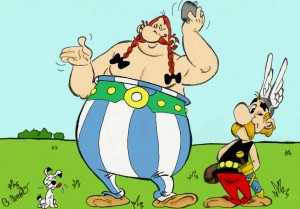 These two wacky Gauls (that’s like, an olde French tribe) have been causing mayhem in the most amusing way for decades. 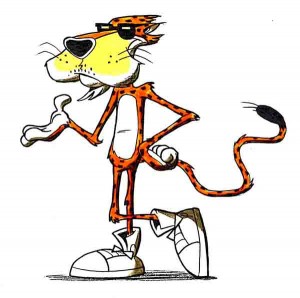 If you need a fix of alien food technology covered in magic cheese dust, Chester is has you covered.  We’ve been thanking Chester and lickin’ that yellow powder off our fingers for years. 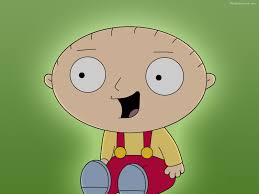 A one year old genius with an upper-class English accent and a lean towards world domination, Stewie has been cracking us up for as long as the Family Guy has been around. 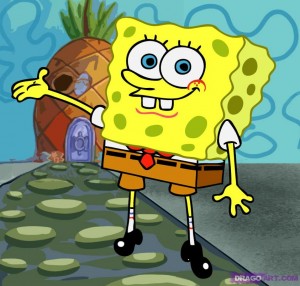 In 1997 SpongeBob came along and started making us laugh with his awesome brand of weirdness. Appealing to a wide audience, he’s a favorite of this author. 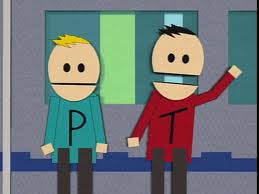 This Canadian comedy duo don’t exist anywhere except on South Park episodes. They’ve got a brand of humor that will make you laugh or wince. 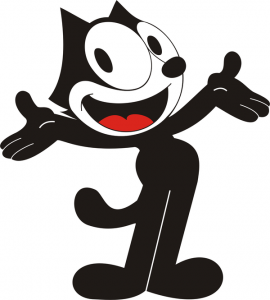 Felix started out in 1919, back in the “silent era” when movies had no sound. His age and striking appearance makes him one of the most recognized cartoon characters worldwide of all time. 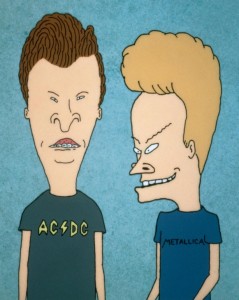 Socially awkward delinquents, these two teens have been up to nothing of value and making us chuckle since they first appeared on MTV in 1993.

Working class Irish American Peter Griffin has had us tuning into the Family Guy for years. 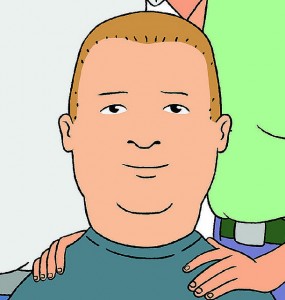 Bobby Hill is the kid I wish I was when I was growing up. He’s super cool exactly because he doesn’t try to be. 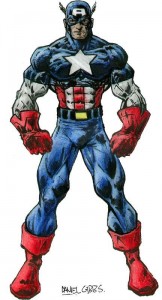 More than 210 million comic books sold can’t be wrong, can they?  Along with Superman, Captain America has been making blue and red tights cool for a long time. 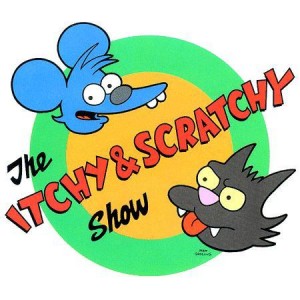 These two little guys are a cartoon show within a cartoon show. No doubt the inspired by Tom and Jerry, they’ve got what it takes to make this list.

Kermit isn’t the only character proving it’s cool to be green. Gumby has been wobbling around with his friends Pokey and Prickle over the course of 233 episodes since 1955. Not too shabby! 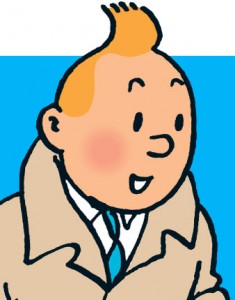 Perhaps not so famous in North America, Tintin and his pooch Snowy are so well know in Europe, they an open invitation to lunch anywhere they want. 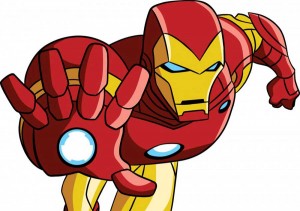 In 1963, Iron Man was brought to life by Stan Lee and the guys over at Marvel Comics. For a long time he wasn’t as famous as Spidey, Batman or Superman but that’s all changed now.  Take a bow Ironman. 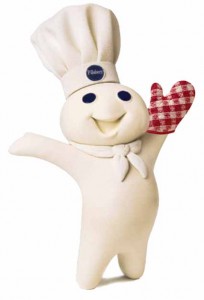 Mascot design Poppin’ Fresh A.K.A The Pillsbury Doughboy was created in the kitchen of an advertising executive hard pressed to come up with a good idea. That was 1962. He’s had steady employment ever since so I guess he was a pretty darn good idea!


Did you like this list of cartoons and mascots? Go ahead and rate it and tell us what you think!